The Grinch hated Christmas! The whole Christmas season!
Now, please don’t ask why. No one quite knows the reason.
It could be his head wasn’t screwed on just right.
It could be, perhaps, that his shoes were too tight.
But I think that the most likely reason of all
May have been that his heart was two sizes too small.
– Dr. Seuss

While the relative size of my heart remains open to debate, unlike the Grinch, I don’t actually hate Christmas. And while I’m not sure I commemorate the anniversary of Christ’s birth as a celebration of my spiritual deliverance from original sin, the occasion remains nonetheless an excellent excuse to roast a goose and uncork a decent bottle of Barolo. What I grow less enamored with each year, however, is the surfeit of stuff that seems to grow more excessive every season.

My anti-social Yuletide behavior has been a joke in my family for years, and those myriad New Years’ Eves when my Dearly Beloved works the nightshift invariably find me wrapped in a makeshift hazmat suit de-cluttering the garage. I usually attribute my solitary way of ringing in the New Year to being an introvert, (auld lang syne? we don’t need no stinkin’ auld lang syne) but as of late, I have been connecting it to the ocean of excess that has usurped Christmas frivolity at our house.

In all fairness, Christmas is not unique in its trend towards consumerism; indeed, the majority of our high-profile Western celebrations are increasingly subject to the lure of PayPal, but Christmas does lead the pack (the stats are, of course, American; Canada can’t retain its economists long enough to do the math). 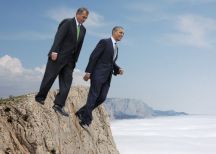 My puzzlings began this year with the innocuous wish-list, that not-so-subtle guerilla tactic that serves to undermine Noel surprises (no really…  you shouldn’t have), the world over, and after weeks of cajoling and pleading and begging and whining (mine) the kids relented and gave me their lists:

Uhmm, thanks for coming out…

Had I proceeded according to the aforementioned wish-list mentality—you know, the one that openly acknowledges the nebulous correlation between Christmas spending and ultimate consumer satisfaction—my contribution to the pile of kid-presents already under the tree would have been 1 box of Bernard Callebaut chocolates and 1 IOU. As fate—cleverly disguised as generosity—would have it, however, our offspring jointly opened no less than 14 unrequested, unanticipated, and—most likely—unwanted gifts from mom, leaving them each with exactly 7 unrequested, unanticipated and—most likely—unwanted new things to store, wear, read, or otherwise make room for in their busy lives. 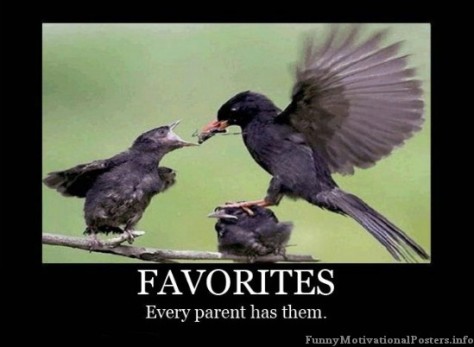 Yes, seven. Each. Count them. Yes, it’s equal. Count them again. Okay, I’m just about done with this conversation…

Christmas in North America is kind of like watching Dickens’ A Christmas Carol through the wrong end of a telescope, for while we want to give with the exuberance of a reformed Scrooge, we have lost the resounding sense of grace that defines Scrooge’s transformation, and our compulsive consumerism has replaced Scrooge’s spontaneous gratitude with an uneasy combination of weary obligation and raging entitlement that undermines the very purpose of the story—to say nothing of Christmas itself.

Scrooge bubbles over with a profound sense of gratitude—for a second chance, for the opportunity to make a difference—and he can’t help but get it right, for the Cratchits want for everything. How many of us are filled with this same sense of joy and excitement as we scour the mall for “last minute stocking stuffers?” (Velvet pajama bowties? Really?)

Unfortunately, our current preoccupation with Bigger, Better, More, and (perhaps most significantly), DISPOSABLE, has us (and the planet) drowning in clutter, and one fall-out from this constant material bombardment is the drowning of our inner sense of direction. For things are never just things, and cumulatively they form a black hole of association, both positive and negative. They speak of wonderful travels and incredible relationships… but they also remind us of obligations we’d rather not honor, whisper of memories we’d rather forget, and admonish us for roads not taken and choices we didn’t have the courage to make.

Yes, the mathematically nonsensical “plus-one” rule has its place, (indeed, 1 bad guy=2 bad guys, and 1 weapon=2 weapons is foundational to police officer survival and 1 deer=12 deer is apt to keep your vehicle out of the ditch), but how did one specific mainstay of the Seven Tactical Principles morph into a general consumer philosophy so that 1 present=2 presents? How did we ever end up concluding that if one is good, then two must be better?

And how did I, the original “less is more” girl, get caught up in this cycle of buying stuff for my kids that they neither need nor appreciate?

I’m not sure… I’ve puzzled and puzzled and my puzzler is sore… in the meantime, I have a garage to de-clutter.